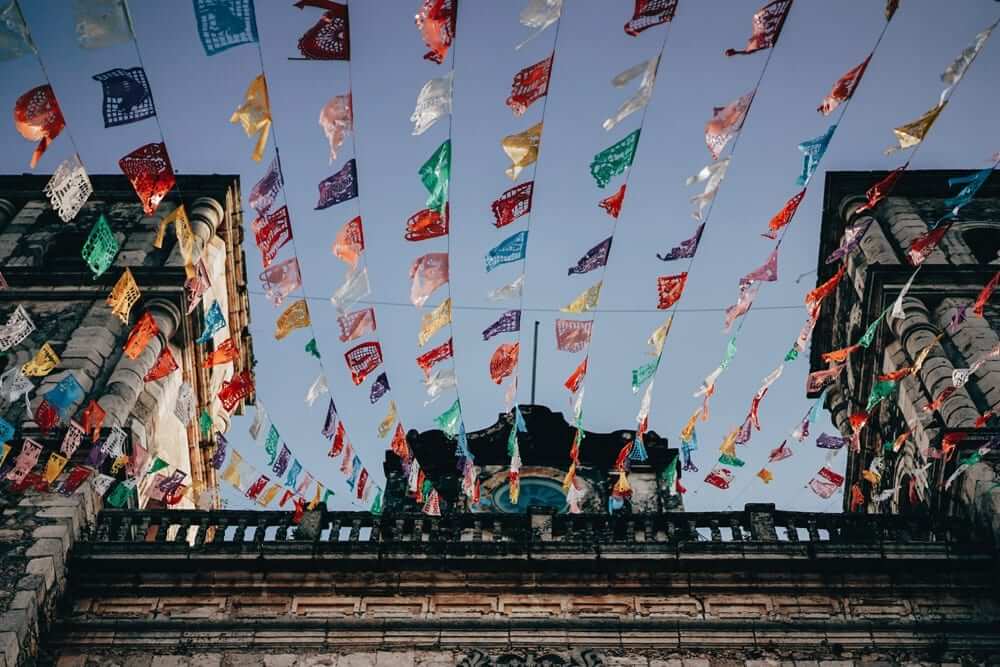 September is already upon us and with it the return to routine. Now that the trips and the kids’ vacations are over, it’s time to welcome pupils and students back to class as they meet new challenges, watch the first graders discover their new classrooms, and begin another school year. Just before the High Holidays bring with them the national dilemma – whether to celebrate the holidays or go on vacation – let’s get to know the country with the fewest public holidays in the world.
Senoras, Senoritas y Senores! We are pleased to present the nation that transformed humble corn and wheat tortillas into delicious tamales and burritos, whose ancient civilizations gave us a sweet tooth forever with chocolātl, and where a diversity of breathtaking landscapes and architecture is home to a blend of enchanting cultures from the New World and the Old:
Mexico – the country that celebrates only seven public holidays!
Vamos, muchachas y muchachos! Let’s take a tour.

Some things to know about Mexico:
“I don’t understand you” – When the Spaniards first arrived in what is now the Yucatán peninsula of modern-day Mexico, they asked the natives what the area was called. According to one of the missionaries who accompanied the Spaniards, the locals responded, “Tectetán” – “I don’t understand you.” The Spaniards misunderstood this to be the name of the place and called it Yucatán. Mexico’s official name is “The United Mexican States,” and it is comprised of 31 states plus the Federal District. Each state has its own laws and regulations, similar to the U.S., and the Free and Sovereign State of Yucatán is one of those states.
Indigenous languages – Long before the Spaniards came to Mexico and brought their language with them, the indigenous peoples spoke many different languages, most of which are still spoken to this day. 68 national languages and over 200 dialects are officially recognized by the government of Mexico.
Weight gain – Previously ranked second for obesity in the world, Mexico has recently overtaken the U.S. and moved to first place. One out of six Mexicans, who suffer from diabetes and heart disease, could probably do without this questionable honor.
Shifting ground – Mexico’s proximity to the Pacific Ocean and the borders of several tectonic plates make it one of the countries most prone to earthquakes and volcanic eruptions.
A large pyramid and a miniature volcano – Mexico is home to the world’s smallest volcano (just 13 meters tall!) as well as the world’s largest pyramid: The Great Pyramid of Cholula.
Two sides of the wall – Did you know that the largest population of non-Mexican citizens who live in Mexico is actually American?
Chili con carne – Corn, chili, and chocolate originated in Mexico, where hot chocolate was considered the drink of the gods. It was flavored with honey and spices (including chili), but sugar was only added after chocolate was brought to Europe, to make it less bitter. It is said that the Aztec emperor Moctezuma II drank up to 50 pitchers of hot chocolate a day! Moctezuma also served the beverage in a golden cup to the Spanish conquistador Hernán Cortés on his arrival – after which Cortés went on to conquer Mexico through deception.
The queen of beers – Corona means “crown” in Spanish, and Corona beer made Mexico the world’s leading exporter of beer. However, not everyone knows that Mexico also brought us tequila and mescal.
Nachos with that Corona, anyone? – This tasty treat was invented by Ignacio Anaya Garcia in the late 1940s for a group of American soldiers’ wives. The Mexican culinary genius was honored with a special Google Doodle on August 15, 2019 – the 124th anniversary of his birth.

Mexican Expressions
The Spanish spoken in Mexico differs from that spoken in other Latin American and Spanish-speaking countries.
In addition to the accent and well-developed slang, Mexican Spanish has many charming expressions not found in other languages. Many descriptive words are combined in one phrase and are used to convey a figurative, rather than literal, meaning.
Here are two examples:
Tu cuate el fresa me cae bien gordo – literally: “Your strawberry friend is falling very fat on me”.
What this actually means is: “I can’t stand that snobby friend of yours!”
Mi bici no es nueva pero da el gatazo – literally meaning: “My bicycle isn’t new but it gives the big cat.” Confused? This is another figurative expression: this one means that while the bicycle may not be new, it makes an impression.

Want to communicate in Mexico like a native and “give the big cat”?
Contact us. We can help.