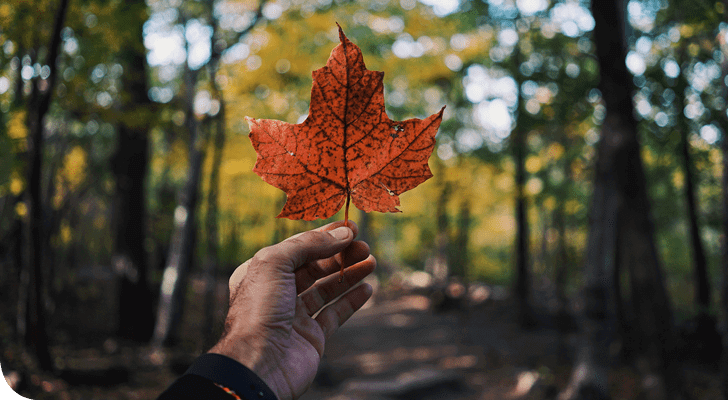 We are our choices. This sentence is true and relevant in Hebrew, as it is in every language. Between the sweltering heat of this past August and the slightly cooler temperatures in September, just after the repeat elections in Israel and just before the Jewish High Holidays, we want to wish you a wonderful new year of empowering choices.
And since there is some respite from the heat, we can shine the spotlight on the country we’ve selected this month – Canada.
This vast country, with its wealth of minerals and natural landscapes, is also heading towards general elections. The main topic in their elections this year is Quebec – the largest French-speaking province in the country and one that has been demanding its independence for years. A political party was established at the beginning of the decade, Coalition Avenir Québec (CAQ), and enjoyed tremendous success in the 2018 provincial elections, gaining 74 seats out of 125, after it agreed to waive its separatist demands to secede from Canada.

The rise of the conservative party over the institutionalized political parties has changed the political landscape in the country and ramped up the competition in the 2019 federal elections in Canada, particularly considering that the current Prime Minister, Justin Trudeau, is the leader of the Liberal party.
Interesting facts about Canada

Endless coastlines
Canada has the longest coastline in the world, extending 202,000 kilometers. Canada also has the largest freshwater coast in the world: Wasaga Beach in Ontario.
More lakes than anywhere else
If we add up all of the lakes around the world, they would still not reach the number of lakes in Canada, which has more than any other country. Together with its other record of Longest Coastline, this explains Canada’s motto: “From Sea to Sea.”

What time is it?
Canada is so huge that it has six time zones.
Rich in the right resources
Canada is one of the largest uranium producers in the world and ranks third in the number of oil reserves. Unlike other countries interested in uranium for nuclear weapons, Canada officially announced its disarmament of nuclear weapons in 1984 and today it has no weapons of mass destruction.
Fun facts
Canada is the world’s champion consumer of macaroni and cheese. The cheesiness continues in Montreal, which won the dubious title of Capital of the Strip Clubs since it has the world’s highest ratio of strip clubs to total residents.

Poutine
No, not that guy. Poutine is Canada’s famous version of French fries smothered in gravy and topped with cheese curds (and whatever else you may want to put on it.) Thank goodness for Canada’s many walking trails and recreational areas, because otherwise this super comfort food will definitively stick to your ribs. Speaking of French fries: American fast food giants McDonalds and Wendy’s source their fries in… the Canadian province of Manitoba. Sorry, Idaho.

Good neighbors
The American colonies invaded Canada in 1775 and again in 1812. The peace-loving Canadians did not hold a grudge; when the Japanese attacked Pearl Harbor, Canada declared war on the Japanese even before the United States. Although over the centuries Canada has had a few spats with its neighbor to the south, for the most part they get along remarkably well.

Language gaps
Like the nickname “Indians” in the United States and the city of Yucatan in Mexico, the name “Canada” is also the result of a misunderstanding, this time by French explorer Jacques Cartier, who was invited by the natives to their “anata,” which means “village” – but he misunderstood and thought they were referring to the region, and mispronounced it as “Canada.”
Canada also is home to many different languages – 196, for the record. While French and English are its two official languages, the other 194 include other European languages such as Spanish, Italian, and German, Asian languages such as Chinese, Punjabi and Tagalog, and Middle Eastern languages such as Arabic or Turkish, as well as about 70 different indigenous languages from Inuktitut and other Eastern languages to Haida and other languages the West.

Special Canadian words
If you visit Canada you might hear people add “eh” at the end of a sentence. This is not just an idiosyncrasy, it’s a question tag, like adding “don’t you?” at the end of a sentence to make a question. To keep your ears warm, you might buy a tuque (knitted hat) for a loonie (2-dollar coin picturing a loon). After a night of sharing a two-four (a case of 24 bottles of beer) with friends, you might need a double-double (large coffee with 2 creams and 2 sugars). And beware of all those two-fours – you could end up with a Molson Muscle (beer belly)!

A 9% discount is waiting for you during the holidays
We are also here for you during the holidays for translations and transcriptions of documents and files that you finally have some free time to handle. As a holiday treat, we are offering you a 9% discount on orders via our online system until the end of the month. We ready to help you make your texts global – from any language into any language.

May We take your order?