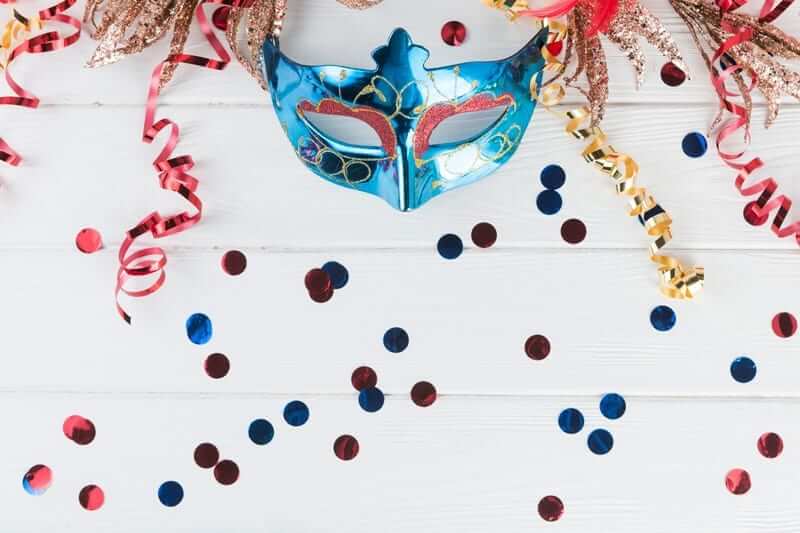 The Carnival is here!

Carnival in Brazil!
Celebrated in March this year, the Carnival in Brazil is an opportunity to learn about this country and its energetic people. Brazil is much more than Cachaça or piña colada, a hammock under a coconut tree, soccer, samba and “Tudo bom”. Let’s get to know more.

Things to know about Brazil
The Carnival – This annual 5-day Brazilian festival marks the beginning of Lent, the period of prayer and penance before Easter. Carnival festivities vary from one region of Brazil to another, and include huge parades, folklore and folktales, some incorporating elements of African culture, rhythm and dance. Case in point, the samba is a culmination of the merging of European and African musical traditions and styles.

Capoeira – the art of survival – the origin of this highly popular martial art hails back to African slaves in Brazil during the colonial period. In order to escape and survive though they did not have weapons, the slaves developed an art form that combines elements of dance, acrobatics and music. What’s more, the enslaved Africans camouflaged the martial art as a form of dance to conceal their true purpose.

Religion – a gradual change – with about 65% of the population comprised of devout Catholics, religion is a central element of Brazilian culture. Divorce, for example, was prohibited by law until 1977, although separation of religion and state has gained momentum in recent decades. Thus, in compliance with a court order, Brazil has provided free sex reassignment surgery since 2008.

Enter from here – there is clear separation by class and race in Brazil. This separation extends to the spatial dimension, whereby upper-class residents and guests, presumed to be white, enter apartment buildings and hotels through the main entrance, while lower-class domestics and service providers enter at the side or rear.

Compulsory education cities – in Brazil school is compulsory between the ages of 6-14. The law is enforced in the cities, but seldom in rural areas where the percentage of children attending school is not as high, among other reasons because they must work to help their families make a living.

Ronaldo Luís Nazário de Lima – the name of one of the best known Brazilian football stars, and considered one of the greatest football players of all times. His full name serves as a typical example of Brazilian naming convention that is comprised of the first name followed by the surnames from the mother and the father, in this order.

Corruption in Brazil – one of the most significant impediments to Brazil’s potential economic growth is the bureaucracy and political corruption in all echelons of government. The most recent large-scale corruption scandal is most known because of the involvement of Dilma Rousseff, the former president of Brazil, and other members of her party, charged with running a criminal organization that took hundreds of millions of dollars in bribes.

Need subtitles for the videos you brought back from Brazil?

Have a company image film, a computer-based training film or a film launching a new product, we are here for you – offering professional translation and subtitles, on all platforms and with quick turnaround times.
Long version films or short versions for Facebook, at Hever we provide rapid service – including translation and language editing into every language and in any format.

Tip from Hever:
Samba rhythm and productivity
Speaking about the Carnival in Brazil, here are some tips to help you harness your internal rhythm to achieve greater productivity. After all, not all times of day are equal, and there’s no set schedule that works the same for everyone

Increase the volume – music is a wonderful way to increase your work pace. Prepare some playlists for varying tasks and different hours of the day (YouTube, Spotify or Mixcloud – depending on the platform you use).

Break to jump-start – more and more studies show that while it may seem counter-intuitive, in fact frequent breaks increase productivity and energy levels. So show this email to your boss and pamper yourself with a 15-minute break for every 90-minutes of work.