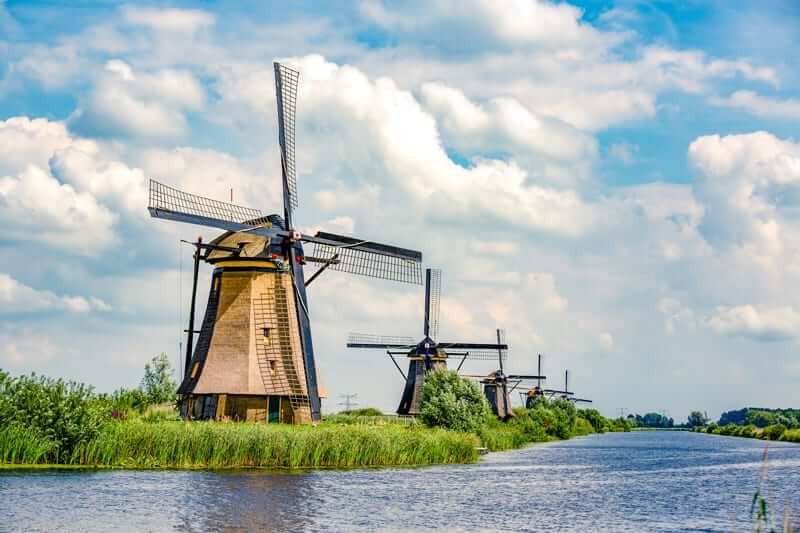 Douze Points to the Netherlands

Thank you Europe
After a full week of Eurovision fever (and here’s to the amazing production), congratulations go to the Netherlands, the big winner of the song contest.
As you know, here at Hever we are curious about countries, and the winner of our country of the month is the Netherlands. Two out of two in one month, not bad.
So before you book a flight for next year’s Eurovision Contest, grab a pair of traditional wooden clogs and join us to learn some interesting things about the Netherlands.

You may not know this about the Netherlands:

Orange means Holland – while this color does not appear on the country’s flag, orange has been an integral part of Holland’s identity throughout history. The uniform of the Netherlands national football team is orange, and on King’s Day the Dutch wear orange and wave orange flags.

Why Orange? It is associated with the color of the Dutch Royal Family which hails from the House of Orange and the Principality of Orange in what is now France. Not to mention the adored King William I of Orange who was the leader of the Dutch Revolt and is considered the founding father of the Dutch Republic. No wonder the Dutch adopted orange as their national color. And if this isn’t orange enough, in the 16th century it was the Dutch growers who cultivated orange carrots, while originally carrots were in a wide array of colors ranging from bright yellow to purple.

To your health – in all matters relating to healthy nutrition the Netherlands was named the healthiest country in the world. It earned this title owing to relatively low food prices, nutritional diversity and a diet rich in dietary fiber and more accessible than in other countries.

Low in Europe, high in the world – Holland is the lowest country in Europe – 26% of its area is below sea level. Dutch men on the other hand are the tallest in the world. And the women? They are ranked second in height.

Same-sex marriage – the Netherlands was the first country in the world to legalize same-sex marriage. It already happened in 2001.
Language literacy – 90% of the Dutch speak fluent English and 50% speak fluent German.
In fact the Netherlands has the highest level of English proficiency among the non-Anglo-Saxon countries.
The power in their legs – in the Netherlands there are more bicycles (18 million) than people (17 million). Cycling is a leading means of transportation that is used, among other things, to take children to school and even to move house.

High percentage of home births – one of the highest rates of home births (30%) in the developed world is found in the Netherlands. The Dutch believe in using pain medication during childbirth and the state’s public health insurance covers the cost of a home birth.

Simultaneous translation – know who the winner is before the subtitles appear!
An event that brings together people from all over the world? Different languages that converge in one place? The Eurovision Contest is a wonderful example of the importance of our simultaneous translation service.
Simultaneous translation enables a continuous conversation that is uninterrupted and without delays. It allows for a much more natural dialogue that flows dynamically and saves valuable time.
This is the most difficult and complex challenge for translators, and not surprisingly a quality simultaneous translation depends on the quality of the translators. They must demonstrate language proficiency, and must be quick thinking and have a rapid grasp.
At Hever Translations our simultaneous translators are hand-picked, bring extensive hands-on experience and come equipped with all the technological means, among them a soundproof booth, quality noise-cancelling headphones, a broadcasting system and experienced technicians.
Conference season, we’re ready for you.

An Icebreaker
Friendships and collaborations usually begin with a conversation. However, you often need to relieve the tension and overcome embarrassing silences in order to get the conversation going, in short – to “break the ice”.
The origin of the expression takes us back several hundred years, to the days when we relied on transporting freight by ship. When the rivers froze or the ships got caught in icy waters then special smaller vessels were used to clear the way. Equipped with strong hulls and powerful engines they could break large pieces of ice into smaller pieces, making way for the ships to sail through without difficulty. These small vessels were known as icebreakers, and since then the expression is used to describe something that clears the way in order to get the conversation going.

Want to break the ice with your customers abroad?
To translate a website, application or your documents to additional languages?
This is what we’re here for (: