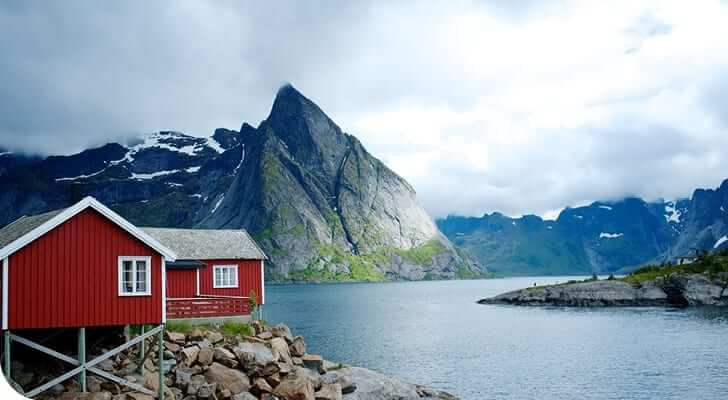 In addition to the festivals of Hanukkah and Christmas celebrated here in Israel and in many countries around the globe – December is also the time for one of the most important and exciting annual events in the world. So this month, we’re paying tribute to the people who dedicate their lives to making the world a better, fairer, and more equal place, and visiting Norway – where the Nobel Peace Prize will be awarded.
In 1895, Alfred Nobel, in his third and last will, asked that the Peace Prize be awarded by a Norwegian committee in Oslo (unlike the other Prizes, which are bestowed in Sweden). Among its laureates are Menachem Begin, Yitzhak Rabin, and Shimon Peres, who were awarded the prize for their work on peace in the Middle East. This year, the committee decided to award the prize to Abiy Ahmed, the current prime minister of Ethiopia, for his efforts to generate peace in his region. This is an excellent reason for us to shine a spotlight on Norway and the unique way of life Norwegians have adopted.

What you should know about Norway
Knights in tuxedoes: Brigadier Sir Nils Olav is a king penguin who resides in Edinburgh Zoo, Scotland. He is the mascot and colonel-in-chief of the Norwegian King’s Guard. The name “Nils Olav” and associated ranks have been passed down through three king penguins since 1972 – the current holder being Nils Olav III.
Caffeine for the masses: Norwegians are the biggest consumers of coffee in the world, averaging 9.9 kilos per person annually. Other than coffee, akevitt – aquavit – is also a popular beverage. The potent stuff is distilled from potatoes and flavored with caraway as well as any combination of fennel, dill, cumin, star anise, and orange rind. Not surprisingly, the drink started out as a medicine, but is now considered to be the national tipple.
Breaking the ice: Norway is the birthplace of the modern sport of skiing, evident in the haul of medals it wins every winter Olympics. In fact, Norway holds 368 medals in total from all the winter Olympics ever held – the most of any nation in the world.

A culture of joy: Norway holds the record for the most books bought and read. Or, to be more precise, they spend an average of NIS 300 on books per person a year. Norway also ranks high in the global happiness index, and placed first in 2017. Could there be a connection?
Green power: 98 percent of Norway’s electricity is produced hydraulically, more than in any other nation on Earth. The cost of fuel is among the highest in the world – nearly NIS 8 per liter.
Involved parents: To encourage men to play a greater role in childrearing, Norway has made paternity leave mandatory.
Economic equality: Norway boasts one of the most equal economies in the world, both in terms of wealth distribution and in terms of gaps between men and women. Until 2013, every citizen had free and anonymous access to the private income and tax data of any other citizen. Since then, the identity of the person seeking the information has been revealed, but the data remain accessible. The purpose is to increase transparency and to reduce the incidence of tax evasion.

Amid the numbers
Beyond the incredible honor, winning a Nobel Prize also represents a financial boon – a grant of NOK 10 million, equivalent to about € 1 million.
Still, to benefit from our financial statement translation services, it isn’t necessary to bring about world peace. All statements are painstakingly and meticulously produced, so you can rest assured that your end-of-year statements and sensitive contracts will be complete, down to the last detail.
To benefit from this service, contact us here [link to Sandy’s email].

Doing business with people
Norway is a chilly Scandinavian country, but the cold only applies to the weather. When it comes to business, Norwegians take a relatively warm, informal approach. A few things worth knowing:
1. Corporate structure is generally flat rather than hierarchic, with no big organizational pyramids. So in business meetings, don’t be surprised when Norwegians introduce themselves by their first name.
2. A handshake and direct eye contact are the basis for creating trust. Just these simple tools will help establish a relationship in order to do business in Norway.
3. In meetings, Norwegians are very punctual and prefer to relate to fact rather than speculation. Therefore, try to avoid bombast, and back your assertions up with detailed graphs and tables.
4. Norwegians make a clear distinction between business and pleasure. If you go to a restaurant or bar after a meeting, avoid talking about business – try to stay in the moment and enjoy yourself.

We know – it’s a big world out there. But with our translation and transcription services, it’s at least a little less confusing. We’re here to listen to your ideas and suggestions, and to provide you with more information.
to contact